Why Energy Healing Is Not Working For You

And Why You Need to Focus on Emotional Healing Instead…

I’ve seen so many people use energy healing as a spiritual bypassing tool. They use it to “check out”, dissociate and avoid doing the inner work all while fooling themselves into thinking that energy healing is doing inner work to heal. This could not be further from the truth which is why I felt compelled to write this blog.

Before I go on about why energy healing doesn’t work, I’d like to start by sharing how it does work and why I got into it in the first place…

I know this may sound contradictory but bear with me here.

I was born in Salvador, Bahia – Brasil, the land of occult and mysticism.

I was exposed to having energy cleanses known as “passe” in Portuguese, in ‘Centro Espiritos’ from an early age. Centro Espiritos are the equivalent of spiritual centres in English but it’s not the same new age healing centres as what you know in the western world.

The Centro Espiritos in Brasil often follows certain doctrines and philosophy of life which I will not get into detail here. I will say that each Centro Espiritos have their one “linha” which translates to “line” or “way” in English. Meaning they have their way they follow, their main philosophy of life you can say, their beliefs, traditions etc. One thing most of them have in common is they all believe in God, energy and the afterlife, most take part in mediumship channelling spirits and have their own rituals.

The main influence I was introduced to was a medium from the 1800s named Allan Kardec. He is known as the founder of “Espiritismo” (Spiritism) and the one who really made it public and who published the first known “channelled” book called The Spirits Book. There is even a film about him on Netflix if you’re interested to know more.

Other than that, I was often taken to see witch doctors who gave me rituals to perform for cleansing my energy including clearing entities, psychic mediums, go to see a spirit doctor (who are channelled by a medium), have psychic surgeries and receive messages from spirits regularly. Most of my mother’s friends and even some family members were mediums and would often casually incorporate a spirit while we were sitting in the living room and deliver messages from spirits, this was a normal occurrence throughout my upbringing.

I took part in seances since I was around 14 years old – again this is not the same as what you know in the western world. These seances are to pray, read scriptures from different books such as the bible, Allen Kardec, Divaldo Franco (another great medium I had the honour to meet who’s from my city in Brasil) and others. We would have discussions around different philosophical topics, channel messages from spirits both more elevated spirits as well support spirits who are stuck on the earth plane or who are still suffering in some form in the afterlife. Often in a gathering like this, there is an audience of both people and spirits who come to listen in, get support or share their thoughts and knowledge (yes the spirits are given permission to do this too through the mediums). People would also have a chance to speak, share their thoughts and get support from spirits on a challenging matter. The last part of the seance would be to pray and then get your energy cleansed by higher vibrational spirits or spirit doctors channelled by a few of the mediums.

I took part in these seances for over two decades and also started to hold these seance meetings weekly in my home for a few years.

So naturally, when I started to look into healing the first thing I associated it with was everything I was exposed to throughout my childhood – all things spiritual, in particular, spirits, rituals, spirit doctors, mediums and energy healing.

I was initiated in Reiki level 1 at the age of 18 years old and 7 months of practicing later, I did my Reiki level 2. It was only 7 years later that I felt ready to take up my mastership. In the meantime, I spent those years giving Reiki sessions to literally hundreds of clients.

Throughout my years of practicing mediumship and energy healing, I got very good at picking up people’s emotions, their thoughts, viewpoints, intentions as well as their heart’s desires, hopes and dreams. I started to feel where the emotion was inside their body. I also had help from my spirit guides whom I would feel step into my auric field and connect with me through an opening point at the occiput. They would gently draw my hands to that area and would give me images of the organ as well as specific words for example “heart block, forgiveness, brother”. I developed a lot of my sensitivity to people’s spiritual and energy body as well as emotions throughout my decade-plus of practicing Reiki and mediumship energy healing. I would often give a mini reading at the end of the session to my clients and share with them what came up for me, what they need to work on, homework that would support them, insights and even messages from their past loved ones or spirit guides I received.

Throughout the session, if specific emotions were coming up, I learned how to gently pull up this emotion energetically for the client so they could feel it and then release it.

After a while, I started to notice a pattern where some clients after an energy healing would get better, heal and break negative patterns whereas others would not… and this was what set me off on the journey of discovering why some clients were healing with energy healing and others were not.

To get to the point…

The clients that experienced breakthroughs and healed were the ones who processed the emotions that came up within or even sometimes after the session!

That all being said, I do believe in energy healing to a certain point and do use it in the Soul Reading and Coaching sessions as a tool when I feel it would help my clients. Energy healing is great to restore harmony in the physical body and all the subtle bodies; mind, aura, chakras, nadis, meridians etc.

Although it does not cure some of the following, energy healing can…

I literally have hundreds, maybe even over a thousand energy healing stories from clients I’ve worked with over the years.

What you need to understand is that we are all energy beings.

We all have a spirit body and an energy body. Our physical body at the core is a bunch of atoms vibrating together and hence energy is at its core.

Whereas our energy body encompasses energy centres and pathways within the physical and spiritual bodies – such as chakras, meridians, nadis etc where energy flows through, like a road or pathway. The chakras are where we process emotions and our life experience, kind of like the digestive system of our spirit body, where we literally transmute the negative emotions through FEELING them and processing them consciously.

When we are healthy, our energy is free-flowing throughout the body. There are many things that can negatively influence our energy flow, such as drinking, smoking and taking drugs, medication, eating junk food, unhealthy/bad habits, not exercising, not being in contact with nature, and not drinking enough water, amongst a few.

Since we are all energy and energy is very much a “real” thing, it is possible for you to move energy and clear your chakras through energy healing. When you do go for an energy healing, if you are sensitive to energy, you could feel sensations of the energy moving throughout your body. And after an energy healing session, you may feel an initial shift, you may even feel lighter, calmer, more energized etc. as you are removing the energetic block and allowing that energy to flow freely again.

However, what I discovered is that this does not mean you have broken any negative pattern that may be creating your physical symptoms, health issues, toxic relationship dynamics, self-sabotaging tendencies, depression, anxiety etc. because the pattern itself is emotionally imprinted (by your emotional wounds/trauma) in your etheric blueprint and the only way to release this imprint is emotionally, and you do this by feeling and processing those emotions. This is why no amount of energy healing will work to break negative patterns if you do not do the work alongside the healer.

Hence why you can feel initially better after getting an energy healing – because you are unblocking the sink a little so to speak, so the water can flow a little again but what is causing the block has not been removed, which means sooner or later your sink will be blocked again and you will think oh I need another energy healing! You have moved energy around but not healed the core or changed the blueprint.

You have to understand that what’s keeping you stuck in negative life patterns are emotions from past traumatic or hurtful experiences. These emotions hold core life lessons and you can only integrate these lessons on a soul level once you feel them. They are only stuck in your body because you haven’t allowed yourself to fully feel those emotions. I understand that as a child you didn’t have a choice, perhaps it was not a safe environment for you to do that and you probably didn’t know how because no one taught you.

The trauma or emotional wound is not your fault but now as an adult, it’s your responsibility to heal.

As I mentioned above, you can use energy healing as a tool to assist you in connecting with the emotions you need to feel but even then it’s up to you to then feel the emotion and process it.

The main reason feeling emotions is so important is that it’s the language of the soul. It’s the ONLY way the soul evolves spiritually. You can have a lot of knowledge about everything out there but that does not mean you have evolved or healed on a Soul level.

Energy healing gives the impression of being passive and that someone else can or will heal you and this is simply not true. Healing comes from your sincere desire to heal yourself, and this is how you initiate your own healing and become your own healer. So remember…

No one can heal you! You are the only person who has the power to heal yourself.

If you ever come across an energy healer or any guru / shaman / coach / therapist who says they can heal you – run the other way! Yes of course, you can get guidance and support, but know that a true healer will always empower you and teach you how to facilitate your own healing. This is one of the main reasons why I stopped doing energy healing and moved on to coaching. I want to empower people and not make them dependent on me for energy healing every time they get triggered or repeat a pattern. Through coaching, I teach clients how to process their emotions and work through triggers and trauma consciously, guide them to look within and be their own healer. If you’d like to do Soul Coaching with me, you can find more information here. 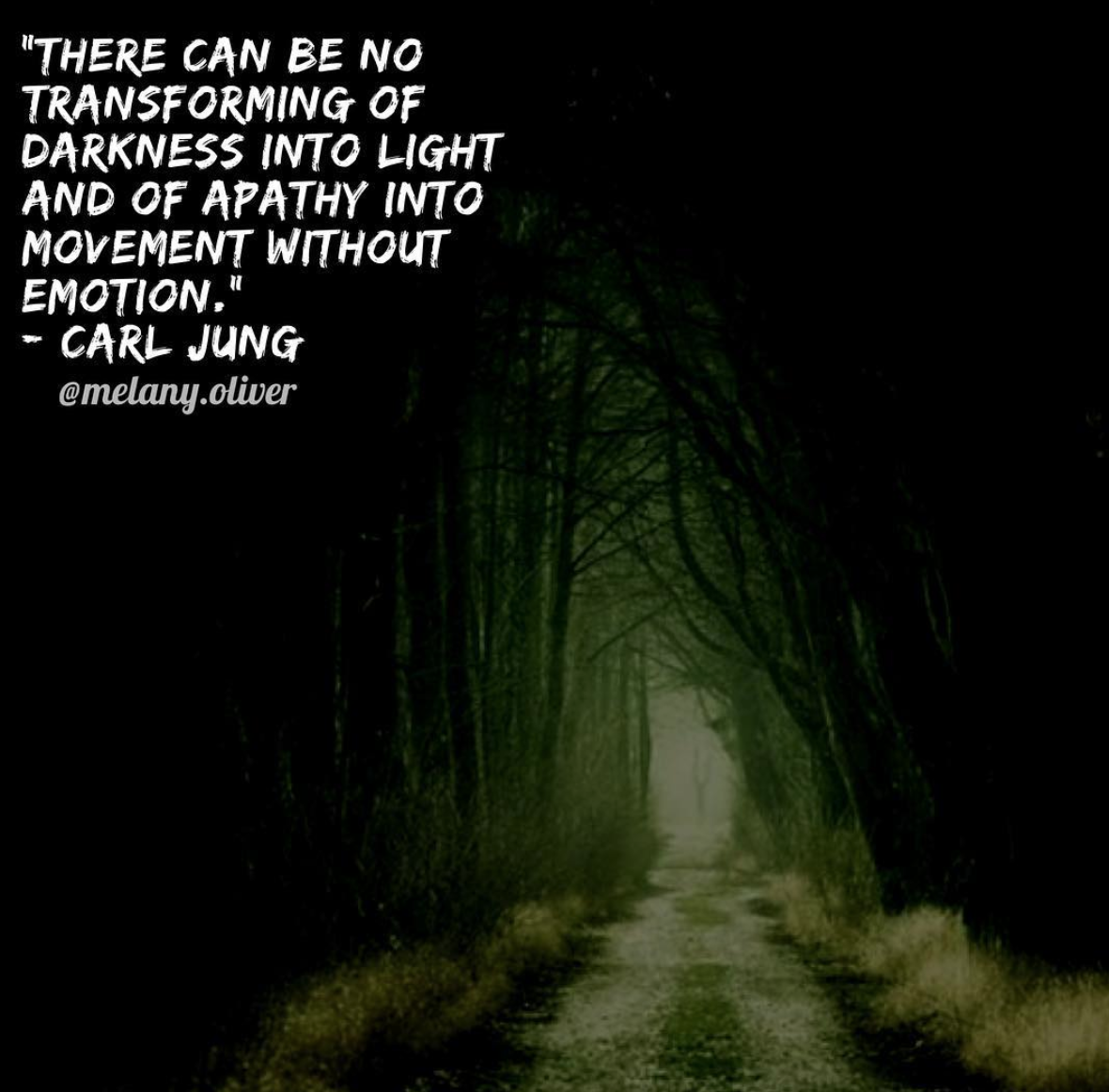 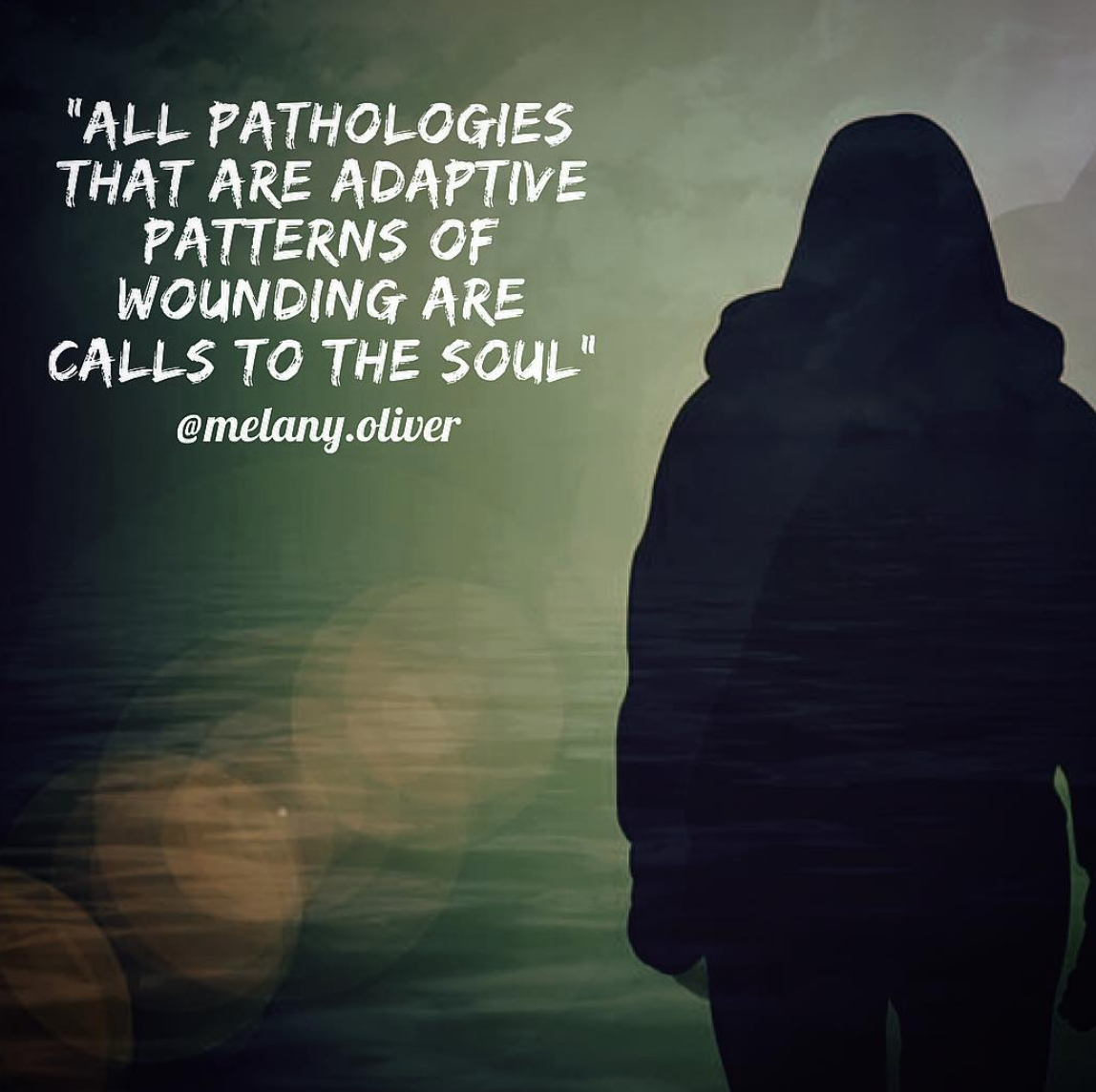